My husband has a friend who actually considered as crazy about collecting army/military stuffs. This friend of him has the group of friends who are also became addicted in collecting stuff from army.. First they bought this old army station, and the old battle field. Then they started to buy stuff like the following: 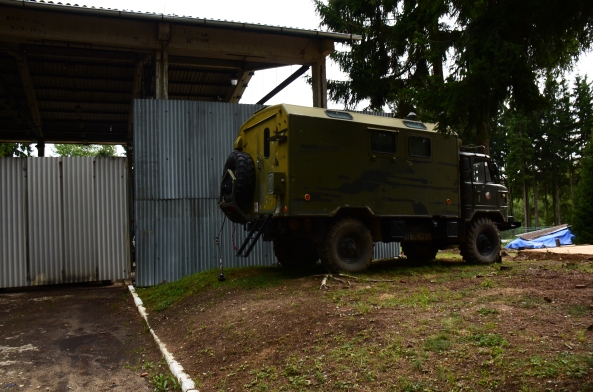 August 26, when decided to visit him to his home, but before we even reached his home; we saw this army car (army ambulance during world war 2) approaching to us. So we stopped walking and waited, it was my husband’s friend and that is how you will recognized this friend. He is wearing army pants, and a simple t-shirt. He has young boy company and a teenager boy who are probably starting to be part of their army group. (Giggles)

The small boy wasn’t in this photo. He was currently playing with the puppy outside.

The properties are private but they are accepting accommodation for those people who wanted to play paintball. From time to time they are having this huge accommodation with 30 persons, for three days. They were staying and sleeping in a bed for army. Of course,what do you expect. It is army experience; Give it a try to experience being a soldier. (Giggles) Let see who will last long.

These are the beds.

They often make movies/film of their own, using the people of their group. I saw their film; it was cool! They said, they were not doing the film and published it for money,but only for fun. They are conducting parties every year. They have their own theme, that everyone should follow. They have entrance fees, games for everyone and everything that they will get from that party will go to charity for kids. (which is really nice from their group) Their groups are growing and growing, as well as their equipment’s, that sometimes are also impossible to think on how they become such a fanatic of these army collections. It is not just simple and small stuff like a kids collection, but as you can see from these photos above.They are all real, and it is functioning really well. They haven’t tried to fire the huge ones because they are afraid that police will panic from it. Which I am sure that it will be possible.

When we came to their army base, we saw this names written in army vehicle. Our friend says; it has been used few days before we arrive; in a wedding. The name hasn’t been erased yet. I can’t imagine how it feels to have one army tank being part of their wedding. (Cool couple) I’m sure it was special.. 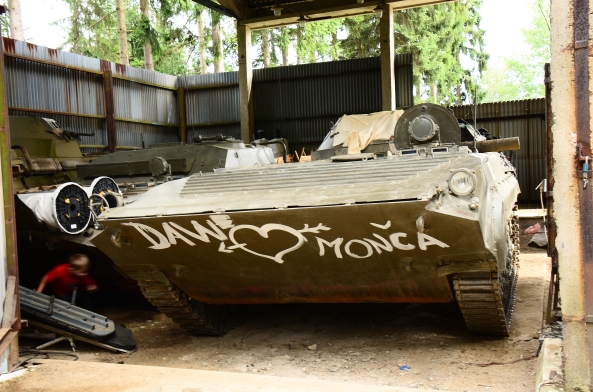 After roaming around the garage where they are parking their collections, we headed right inside the accommodation place. They have small place but I’m sure everyone will fit into it, you don’t have a choice anyway. (Giggling) They have this kitchen, small but they said before when soldier/army were using that kitchen. It serves food for 300 soldier. When you think about it, it’s quite impossible how 300 soldier are able to fit in the area, and how a small kitchen can offer food for 300 persons.

The area has been renovated, to make it functional for people who wants to stay. They do have this planning area renovated; it looks better than it used to be;before. 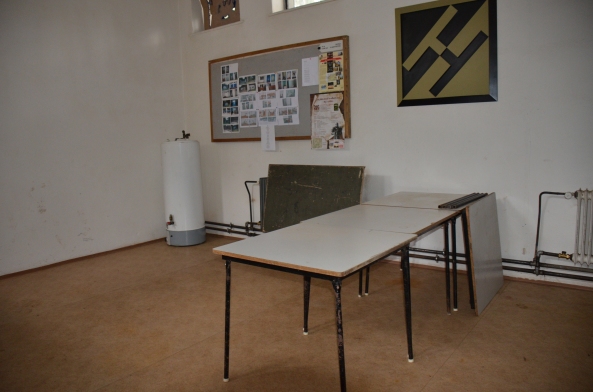 After our visit inside the accommodation area, we headed to the battle field. I didn’t have any chance to take any photos because I never expected that, we are going to have bumpy ride using the old military ambulance vehicle heading in all obstacles. I thought that, we are going to just drop and walked but our friend says, that we will never see how it is to be in battle field without riding in that car. It was scary, too many obstacles, ups and downs. I was so impressed with that old military ambulance. It works really well, except that; maybe there will be next time for me to try it again. I was nauseous, and almost vomit. My muscles arm were exhausted and aching for two days, after that ride. I don’t suggest pregnant women to try it there, I think whenever pregnant women tried it; I am pretty sure that they will actually deliver the baby ahead of their due date. (Giggles) Although, our friend says, he brought his wife three weeks before her due, so she’ll it will be easier to deliver the baby. What a husband! (Giggles)

If you are adventurous, then I guess you’ll enjoy it there.

So then after the battle field, we stopped by to their home, for coffee and to meet his wife and kids. When we arrived, there were also some friends in the place. It was nice to mingle with them, because they seems to not care too much about life. Everything was just cool for them. They acted really cool, and life was just too simple to live every day. Oh we are just thankful, that we have such friends. I am sure to mingle with them more often, because they are nice people.

So I guess, my “Pre P shower” is going on. This was the second part. There will be more. Although, it was really exhausting part, of this shower. (giggling)