Oh! Month of December was quiet a busy month. We really never tried doing baby dance so hard. It wasn’t that a big deal unlike the other first three months of trying. Maybe because I started to get used to it. I meant, seeing negative pregnancy result, and my Af showing late since we started trying. Its kind of weird but, getting used to it, make it easier to face the reality of each month failed result. It seems like forever, you know?

So I tried this prenatal vitamins for the first time. I was thinking, even if we don’t try so hard at month of December it will still be good to take it. So I bought a bottle of this vitamins. Hoping maybe it will help to be more fertile. My husband was against of using prenatal vitamins because of its side effect, that possibly shows up when I got old, but he let me use it because I insisted. 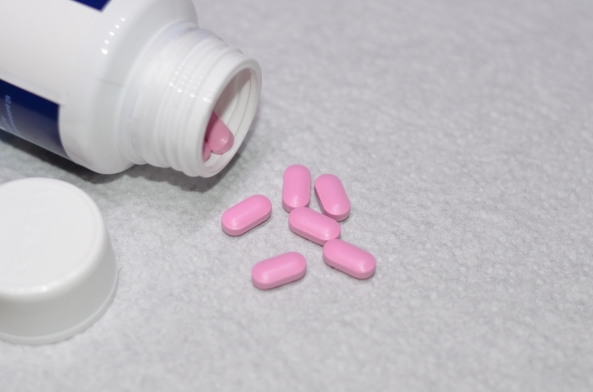 My Af shows up late again. I tried one pregnancy test and it came up negative. I think it was 3 days before my Af was due. I never really tried to take another test after that, because I predicted that it will be same like the other first three months. So I waited until my period is due, but it never shows up. It is again a day late, and I don’t even care. All I know was, I have to do my household chores because we are leaving soon; but I was hoping that if my Af will show up, it has to be early because I don’t want to travel thousands miles away, with Af. That would be so uncomfortable.

Anyway, so my Af was late. I was dry, unlike the previous month, but it didn’t bother me because I observed that each month is a different story. It’s like everything is playing with me. My temperature? Well, I haven’t check my BBT, not until 3 days before my period was due. I checked BBT and it was higher. It was 37.3 (11dpo) when I woke up and the next day, it dropped to 36.9 (12dpo), so I expected that my Af is about to show up anytime soon, because I keep tracking before and when my BBT actually drop to 36.8-36.9 then the next day, is my Af. Last month (December) was different. On the next day after it dropped, I again checked my BBT and it was still 36.9 (13dpo)( It usually gets higher again after it dropped). I checked at night and it was same. It never actually happened to me. I never have same BBT all the way from the minute I woke up until the time before I went to bed.

The next day 14dpo, my BBT was again 36.9, and I really don’t know what was it all about. I don’t know if I should expect or not! Although, the night of (13dpo) I couldn’t sleep. I had a lower backache, and my upper abdomen hurts. Even if I got the chance to sleep, I wake up every 10 minutes (I guess) I was scratching my scalp (no dandruff)  , and I have to switch position each time, because I was so uncomfortable. It was still aching when I woke up at 14 dpo.

At 15 dpo, I checked my BBT again and it came up 36.9 just like previous days. So, weird! I got few cervical mucus. It was creamy, but not so much. So I was thinking, maybe it will show up that day. There are times, I had to go to toilet, and thought I was out this month; but it wasn’t Af. At 16 dpo I never checked my BBT because I am just to lazy to do so. I was thinking, maybe it will be just the same so I never checked. Still no-show up for my Af. But I never wanted to do home pregnancy test because I have this feeling that I would get negative anyway. So I just let it go. Finally the next day (17 dpo) my Af shows up in the evening. I was glad it came because I am leaving in 4 days, and I don’t want to be uncomfortable on the airplane.

Although, we don’t have any chance to do baby dancing on the rest of days of January, because we will be away from each other. I hope we will be lucky on February. (Sigh)

Good luck to other TTC’s out there!